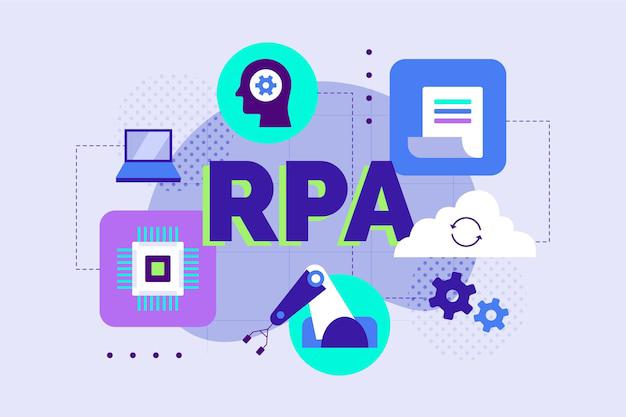 Simplifying tedious processes which often require manual work forms the crux of automation. The idea of automation gained traction in 1946 in the automobile industry, through which production was sped up and made more seamless with automated mechanisms.

Over time, automation has evolved to cater to various purposes, across different industries. As far as the IT industry is concerned, automation has had and is continuing to aid in increasing efficiency and reducing human intervention in the areas of software tools, frameworks and deployments. IT automation streamlines processes such as application deployment and incident handling through respective software.

The Robotic Process Automation (RPA) software has gained more widespread recognition and users in the past decade as compared to its early stages of implementation. RPA has helped to automate repetitive tasks which were done manually previously, leading to increased overall productivity and efficiency. The software has also proven to ensure data security while performing the input tasks, making it an ideal solution for data migration.

With the help of RPA, when there is a need to migrate data for a company, the staff are not required to undergo the stress of gathering information from multiple systems and transferring them into one location. Instead, they can adopt the framework of RPA, key in the required details, program some rules / conditions for the RPA bot to adhere to (which includes but not limited to: filtering any unwanted data) and proceed with the process.

This will vastly decrease the possibility of a human error occurring in the data transition, preventing any loss of files or breach of sensitive information. Another vital benefit would be the time saved for the staff to focus on other parts of their work, an attribute which applies to other RPA use cases as well.

However, with these advancements in place, the RPA also has its limitations. Since the software is designed to receive a structured instruction of what needs to be done, it will be unable to perform any tasks which have not already been defined. Thus, while RPA can help to automate manual tasks done by humans, it will not be able to capture or determine additional tasks which may need to be performed for further enhancement.

In the case of data migration, the maximum potential RPA could fulfil may be:

Limitations will emerge when a user would need a task to be performed, but is unable to do so as the task has not already been defined. An example would be to remove any duplicate data during the transition; if such a condition has not been defined to be executed prior to the migration, the user will experience issues in completing a successful and clean data migration.

A solution to combat this issue would be to combine RPA and Artificial Intelligence (AI). While RPA will handle the users’ inputs on the data to be transferred (base rules and conditions to be fulfilled), AI can optimise the process by allowing the bots to develop a learning capability and infer on how to improve the procedure. This is typically referred to as Intelligent Process Automation (IPA).