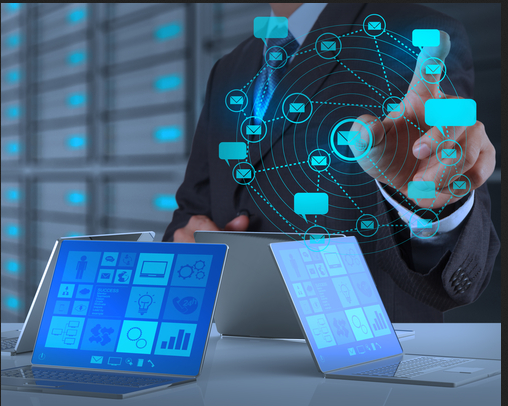 Well known example is the Amazon Kindle, which many readers loved placed compared to the rest. Now when we talk about the term  display technology, it’s quite similar to what is said above, but the  distinguishing factor would be the medium used to present. Few examples of  those mediums would be monitored, screens, projectors and many more. The  next question would be, what is displayed? Well, my friend anything and  everything. From text to pictures to videos… it’s a never-ending list. At the  beginning of this revolutionary technology, there were only a cathode ray tube  and that marvel started it all!

The cathode ray tube came into action in 1897, was invented by Karl Ferdinand  Braun. This device displays images ‘via electron beams bombarding a  phosphorescent surface’. These images then showcase electronic waves which  are displayed on televisions and computer screens. The cathode ray technology  was prominently used until the recent innovations such as LCD, Plasma and  OLED came into the picture.

Now’s the time to take a trip down the memory lane. Most of the elders in our  homes would deeply reminisce this invention. Yes, it’s our dear Solari board  aka the Flip-Flap board, which came into existence in the 1950’s. This is an  electromechanical display device that presents changeable alphanumeric text,  and occasionally fixed graphics. These flaps are then accurately rotated to  display the desired graphic or character. Solari boards were fully on display in  airports and railway stations to show the time or flight information system.

Moving on to the 1960’s when the first flat panel display tv’s were released to  the public. These displays worked on the basis of monochrome plasma  technology, which uses small cells containing plasma; ionized gas which  responds to electric fields. This technology became obsolete with the rise of low  cost OLEDs.

The game changer of display technology arrived in 1965, when the idea of  Touchscreen technology was introduced by Eric Johnson. The product itself was  later introduced to the market in the 1980’s and 90’s by big players such as  Fujitsu, Microsoft, Apple, IBM and many more.

In the 1970’s the first electronic, paper or e-paper was developed and its  popularity shoot up in the early 2000’s. This technology was widely accepted  as an effective alternate, to paper as this is flexible, reusable , can be erased and  rewritten over and over again while still maintaining the luster of a traditional  paper. Well known example is the Amazon kindle which many readers loved.

Thin film transistor LCD made an appearance in the 1980’s, these are LCD  variants that integrate thin film transistor technology to enhance and uplift  image quality. This innovation is still widely used in TVs, computer monitors,  satellite navigation systems and various others.

1995 witnessed the introduction of the world’s first plasma display, which was  107cm thanks to Fujitsu. Consequently, numerous competitors like Philips  entered the market with similar technology and the price war was expensive.  The average TV was priced at an astonishing rate of $15k.

In the passage of time the TV has considerably reduced in size from the gigantic  Cathode ray tube to the mega – slim Organic Light- Emitting Diode (OLED) which  we see around us today. The self- emitting pixels of today’s TV provide precise  colors and portray sharper images to improve viewing quality.